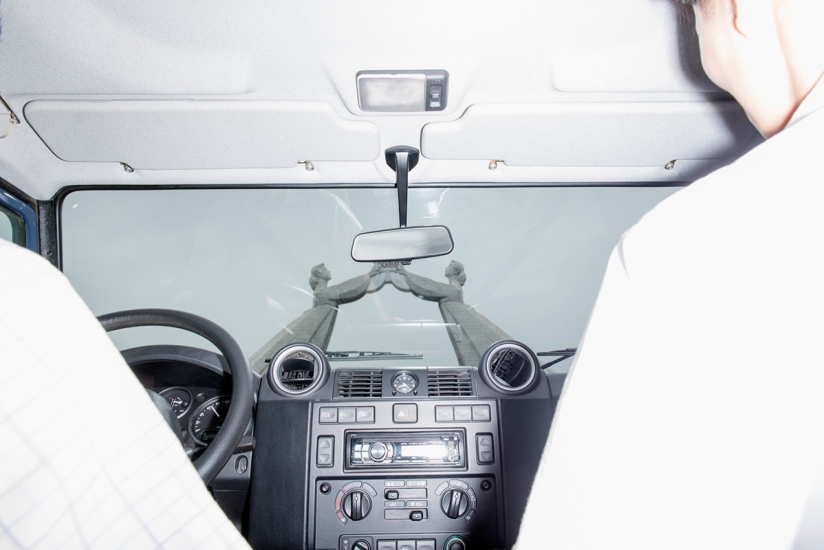 In an old joke from the defunct German Democratic Republic, a German worker gets a job in Siberia; aware of how all mail will be read by the censors, he tells his friends: ‘Let’s establish a code: if a letter you get from me is written in ordinary blue ink, it's true; if it's written in red ink, it's false.’ After a month, his friends get the first letter, written in blue ink: ‘Everything is wonderful here: the shops are full, food is abundant, apartments are large and properly heated, cinemas show films from the West, there are many beautiful girls ready for an affair — the only thing you can’t get is red ink.’ – Slavoj Žižek, Welcome to the Desert of the Real, Verso Books, 2013
In August 2017, at the height of tensions and the looming possibility of a nuclear war between the U.S. and North Korea, Max Pinckers traveled to Pyongyang on an assignment for The New Yorker together with his assistant Victoria Gonzalez-Figueras and American journalist Evan Osnos. During the four-day trip, they were strictly monitored and guided by government officials at all times, with every location diligently prepared before their arrival.
Knowing that it would be impossible to reveal the reality behind the regime’s facade, Pinckers applied an aesthetic that refers to state propaganda and advertising, by using bold artificial lighting. This subversive approach reveals that these images are conscious of their own deceptive nature – lies that make us understand the truth – that we are looking at a manufactured version of reality according to the Kim regime.