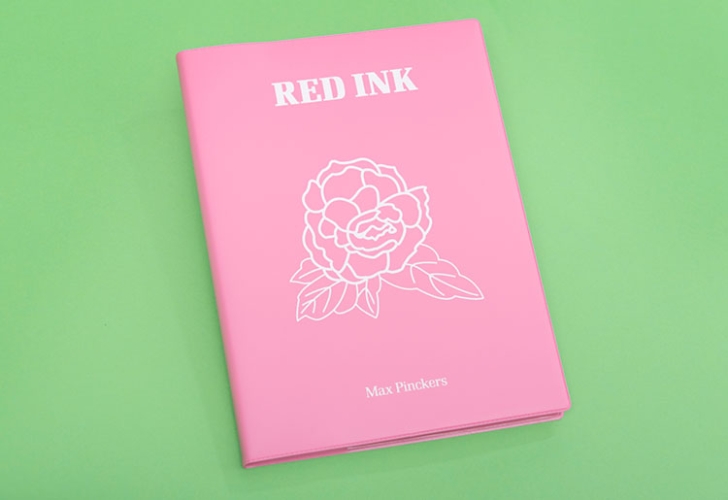 Research and Production by Victoria Gonzalez-Figueras

Texts:
Evan Osnos, Pyongyang’s Anaconda in the Chandelier, 2018
Slavoj Žižek, Welcome to the Desert of the Real, excerpt, Verso Books, 2013
Red Ink was commissioned by The New Yorker for the article The Risk of Nuclear War with North Korea by Evan Osnos, September 18 issue, 2017 and supported by the Pulitzer Center on Crisis Reporting. Max Pinckers is affiliated as a researcher to KASK / School of Arts of University College Ghent. Red Ink was part of his research project financed by the Arts Research Fund of University College Ghent, 2015-2021.
Also available in Korean, published by FOTASIA, Seoul, October 2019
Softcover with PVC dust-jacket, 201 x 150 mm, 180 pages
Printed by Gabwoo, Paju, S.Korea
Edition of 500
ISBN 9791196073220
Red Ink was awarded the First Prize of of the Leica Oskar Barnack Award 2018
In the resulting photographs, his lighting is complimentary yet forensic, scrutinizing the sheen of the propagandistic settings he visited during a trip that was heightened by the looming possibility of nuclear war. In a photograph taken at Pyongyang Orphans’ Secondary School, uniformed students sit in individual cubicles, like office workers, while a washed-out shade of pink pervades the classroom. The students look directly into the camera, save for a boy who has his eyes downturned. When I asked Pinckers about moments like these, where cracks in the North Koreans’ polished façade begin to show, he told me, “There’s a subversiveness that creeps into this kind of constructed situation. You can never really put a finger on it. You’re never really sure of anything.” – José Ginarte, A Photographer's Search for Cracks in North Korea's Propaganda Machine, The New Yorker, 9 September 2017