When straightforward photographic registration of reality is combined with fictional and staged elements, an interesting friction occurs, which sometimes has the power of revealing a deeper truth than what the medium is generally capable of conveying.

One such coincidence happened in my most recent series Will They Sing Like Raindrops or Leave Me Thirsty. The work revolves around the expression of love in India, including its problematics and wondrous beauty. A key subject throughout the series are the Love Commandos, an organisation who help young runaway couples from harassment and prosecution by their disapproving families. One such couple started their relationship by secretly talking to each other across their rooftops. This inspired me to stage an image based on this event. Later, back in Brussels, my partner Victoria noticed that the fictional couple in the staged photograph were wearing exactly the same clothes as a couple photographed in the shelter. It ties the staged photograph back to its narrative source in an uncanny matter, as if the medium subtly exposes its own form of consciousness. 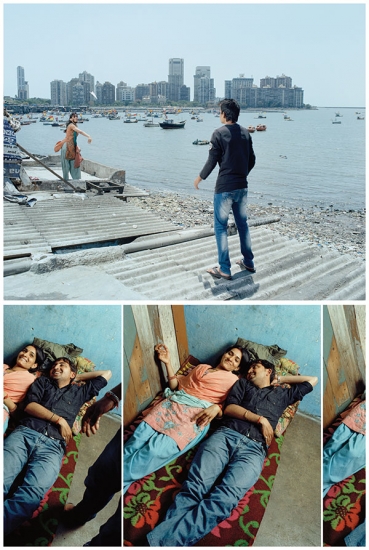