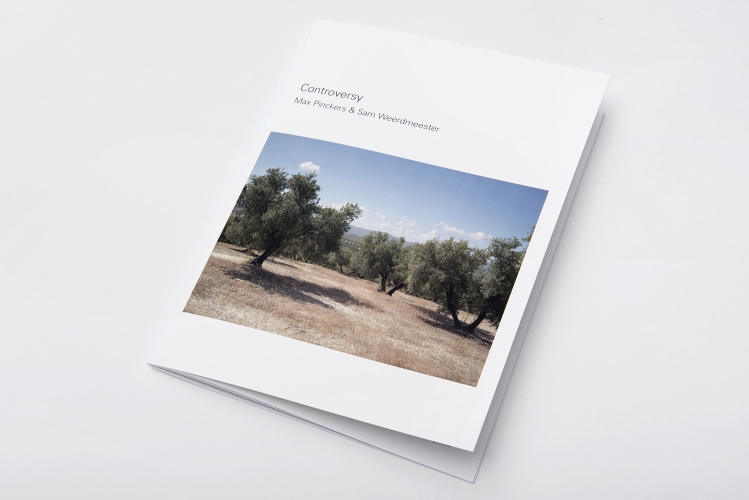 Texts:
Lars Kwakkenbos, An Introduction. Three Thoughts
on ‘Controversy’, 2017
José Manuel Susperregui, In Search of the Location of
Robert Capa’s Falling Soldier, 2016
Hans Durrer, What We See in a Picture is What We Bring to It, 2017
Controversy was photographed while artists in residence at arteventura, Spain, June 2016. Max Pinckers is affiliated as a researcher to KASK / School of Arts of University College Ghent. Controversy was part of his research project that was financed by the Arts Research Fund of University College Ghent and Mondriaan Fonds. The catalogue was produced on the occasion of the exhibition Controversy at M HKA - Museum of Contemporary Art Antwerp, August 2017.